Hallyu star Song Seung-heon says he never dreamed he would co-star with top actress Lee Young-ae.
"I was so nervous that I made a lot of mistakes" Song told a press conference at Seamark Hotel in Gangenung, Gangwon Province on Monday. The eastern province will feature in many scenes for the upcoming drama "Saimdang, the Herstory."
Lee will play Sin Saimdang (1504-1551), a painter from the Joseon Kingdom (1392-1910) who is better known as the mother of Confucian scholar Lee Yul-gok (1536-1584). Lee will also play a double role as a modern woman, a college lecturer in art history. 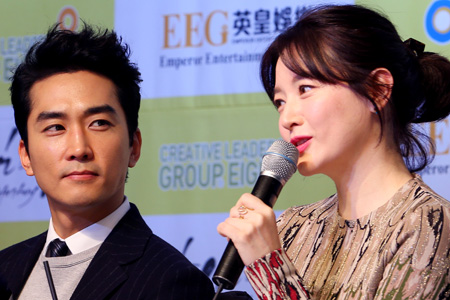 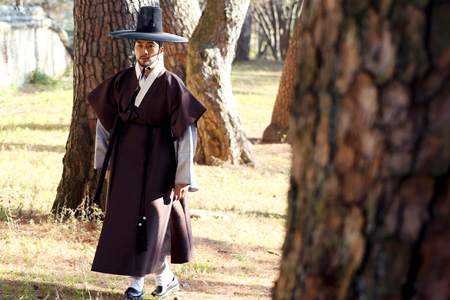 The drama has been much anticipated since she starred in "Jewel in the Palace" (2003).

For her part, Lee said she wants to bring out Saimdang as a real figure, not one that is etched in the Korean 50,000 won note.

"I chose this drama so we could tackle what it means to educate children, and to look in-depth into what women's lives entail," Lee said.

Referring to Gangneung and Ojukheon where the real Saimdang was born, Lee said that she and her husband visited the site to pray that she can have healthy children. Lee is a mother of twins.

Song will play a fictional character, Lee Gyeom, an aristocrat and painter who has loved Saimdang since childhood.

"Because Lee Gyeom is a fictional character, I hope to portray him in a complex way," said Song.

The drama is expected to air in the second half of 2016. 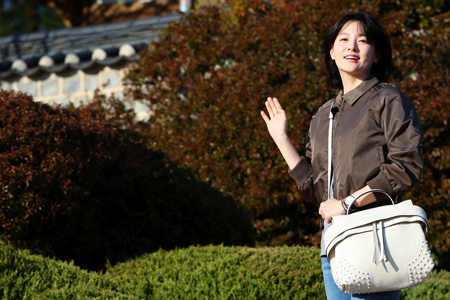